Just how toxic are toxic employees? 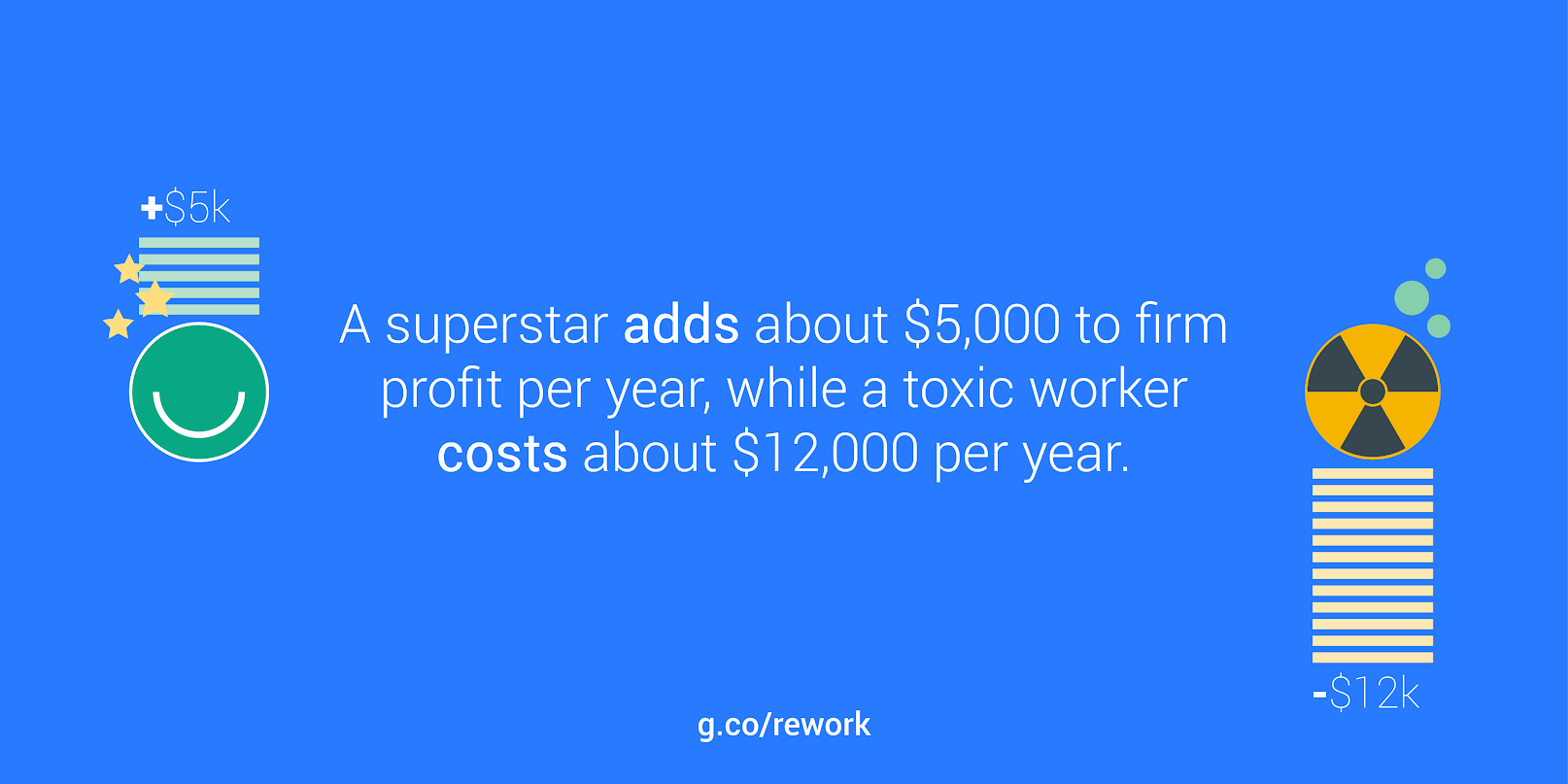 Toxic employees cause harm to an organization, to either its people or its property. For example, they may steal money, commit fraud, bully other workers, or engage in sexual harassment. We find that those workers who are selfish or overconfident are much more likely to be toxic workers.

In our recent paper, my fellow researcher and I ask: Where do these toxic workers come from and what are the consequences of hiring them? To answer these questions, we studied a large dataset of close to 60,000 workers across eleven firms in various industries, including communications, consumer services, financial services, healthcare, insurance, and retail. Our dataset was novel in its size, number of firms included, and level of detail of actual worker behavior.

So how bad is it to hire a toxic employee versus, say, a superstar? We find that a superstar, defined as the top 1% of workers in terms of productivity, adds about $5,000 to firm profit per year, while a toxic worker costs about $12,000 per year. So the effect of keeping one toxic worker wipes out the gains of two superstars and then some. This suggests more broadly that "bad" workers may actually have a stronger effect on the firm than "good" workers.

Interestingly, we also find that these toxic workers are actually much more productive than the average worker, which can perhaps explain why they tend to stick around an organization longer than they should. We also find that workers who profess that rules should always be followed are also more likely to be toxic. The toxic employee may be falling back on pedantry over common sense or decency.

So, what should managers do? They should look for potential predictors of toxicity when hiring. For example, we find that greater confidence predicts increased productivity. However, greater confidence also predicts greater likelihood of becoming toxic. For our setting, we can actually calculate the net effect on profit of this tradeoff. Each unit increase in confidence results in a worker adding roughly $122 to expected profit through increased productivity. However, that same increase in confidence results in a worker that is expected to cost the firm over $1,300 from toxic behavior. So hiring a more confident worker can cost the firm over $1,000 in profits, per worker.

We see that hiring and rewarding only productivity can have unintended consequences for workplace culture and, paradoxically, may wind up reducing productivity. So it’s important to consider as many dimensions and behaviors as possible - teamwork and citizenship as well as confidence and productivity - when hiring.

Dylan Minor is currently a Visiting Assistant Professor at Harvard Business School. He has worked in wealth management and now researches how to integrate financial and ethical choices more generally beyond simply investment decisions.

The secret to Motley Fool’s investing success: Look at the company culture

How important is the culture to the performance of an individual company? According to one Motley...
create Blog arrow_forward

Bringing civility back to the workplace

Respect and incivility are each contagious as people reflect the treatment they receive. Research...
create Blog arrow_forward

Riot Games, maker of one of the world's most popular video games, has helped their gamers battle ...
create Blog arrow_forward

The dream of the internet is to have a place where people can share their ideas respectfully. In ...
create Blog arrow_forward