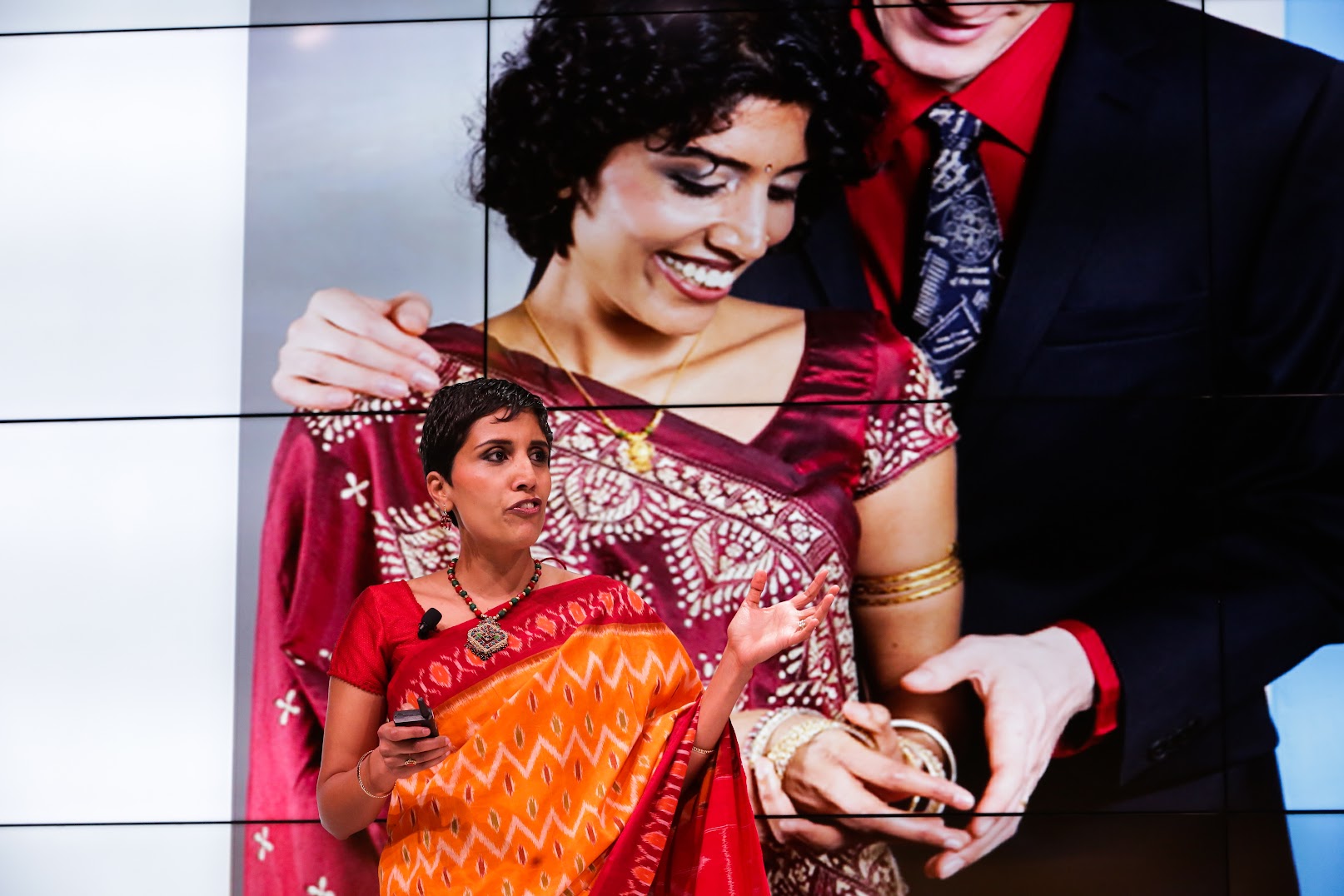 Is it possible to make people act more ethically? Dr. Sreedhari Desai, assistant professor at UNC, has been researching how small behavioral nudges can increase ethical behavior in the workplace, from auto shops to office spaces.

An expert in organizational behavior, Desai spoke at the re:Work 2016 event about three simple nudges: infusing accountability, displaying moral symbols, and using reminders of childhood. These can reduce unethical acts where traditional methods of positive reinforcement or behavior monitoring have failed, Desai said.

Inspired by her mother’s advice to ask for itemized receipts for her saris to avoid overbilling, Desai decided to test this theory in the auto repair industry, a sector cited by the Better Business Bureau for its high rates of customer complaints. Her mom’s tip held true. Desai found that when auto repair shops were asked to provide a list of costs with the receipt, the amount was $37 less than those who weren’t asked for the itemization. The line-by-line receipts infused accountability into the process and reduced the shops’ tendency to overbill, a practice that could be mirrored in reducing over-logging of hours in the workplace.

Her research also found that displaying moral symbols could elicit similar behavioral changes. At One World Cafe customers can anonymously pay as much or as little as they want for their food. Desai found that when the owner displayed portraits of moral leaders such as Martin Luther King Jr. or Mother Theresa, customers paid an average of $1.83 more per plate. How can this apply to workforces? It turns out that prominently displaying these symbols reduces the likelihood that your boss or peers will ask you to do something unethical, Desai said.

Finally, Desai suggests that by incorporating reminders of childhood into the workplace, employees are encouraged to behave better. She found that workers who spent 30 minutes doodling acted more ethically throughout their day than workers who were tasked with copying complex chemistry diagrams. “The idea of childhood and moral purity is deeply coupled,” Desai explains. These reminders of youth appeal to people’s sense of innocence, resulting in ethical changes.