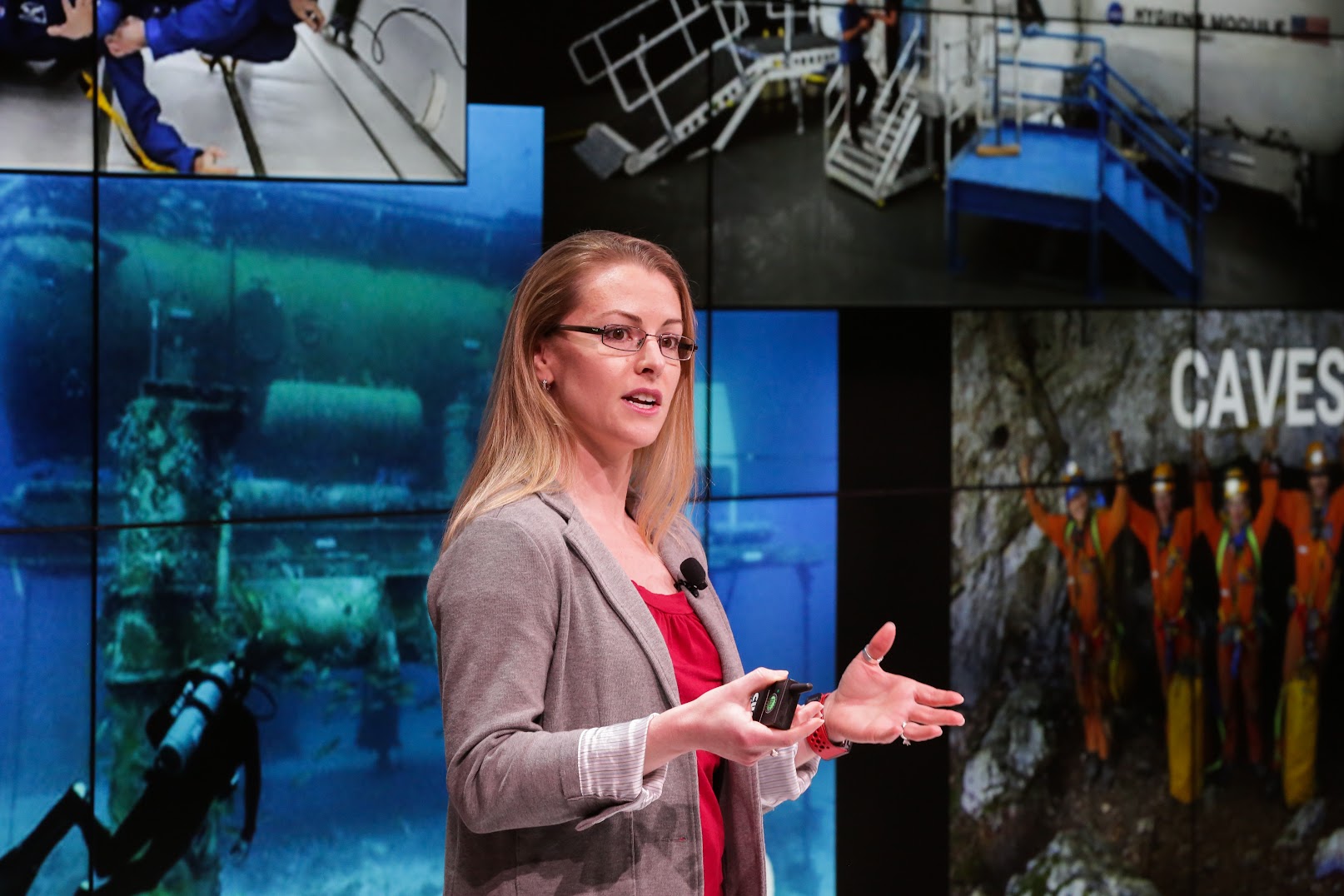 Think your office is crowded? Imagine being locked in a four-bedroom house with six of your colleagues for TWO AND A HALF years. That’s what getting to Mars will take and it will require a lot of teamwork.

Dr. Lauren Blackwell Landon, a research scientist at the NASA Johnson Space Center, spoke at the re:Work 2016 event about preparing a team to go to Mars. The astronauts will live and work together as they travel the 54.6 million kilometers from earth to Mars. They can’t talk in real-time with friends or family, they have to exercise two hours a day, and there’s no escape plan. Getting along and working well together is not optional, it is absolutely mission critical.

Her full title is “Team Risk Portfolio Scientist” and Landon’s research focuses on preparing “teams of leaders.” Every astronaut will have multiple areas of expertise and will need to be able to step up when their skills are needed. Equally important is that other astronauts step back, but not abdicate power entirely. Landon says that “proactive followership” is required: “So you're offering recommendations. You're challenging that leader. You're asking the dumb questions, and that means you have to have a very safe space in which to ask those dumb questions and to throw out different ideas. So creating a psychologically safe team is very important to this process.”

One tool astronauts use are regular debriefs to address issues (interpersonal, technical, or anything else) and work toward psychological readiness to ensure mission performance and safety. Landon explained she’s developing software for the trip to Mars that would allow any astronaut to anonymously raise an issue which would then prompt all the team members to answer a short survey. The software would then generate a discussion guide and the team could debrief safely.

What this Empire writer learned from Tim Burton about creativity

When trying to get creative with a team of creatives, how does Hollywood brainstorm? Wendy Calhou...
create Blog arrow_forward