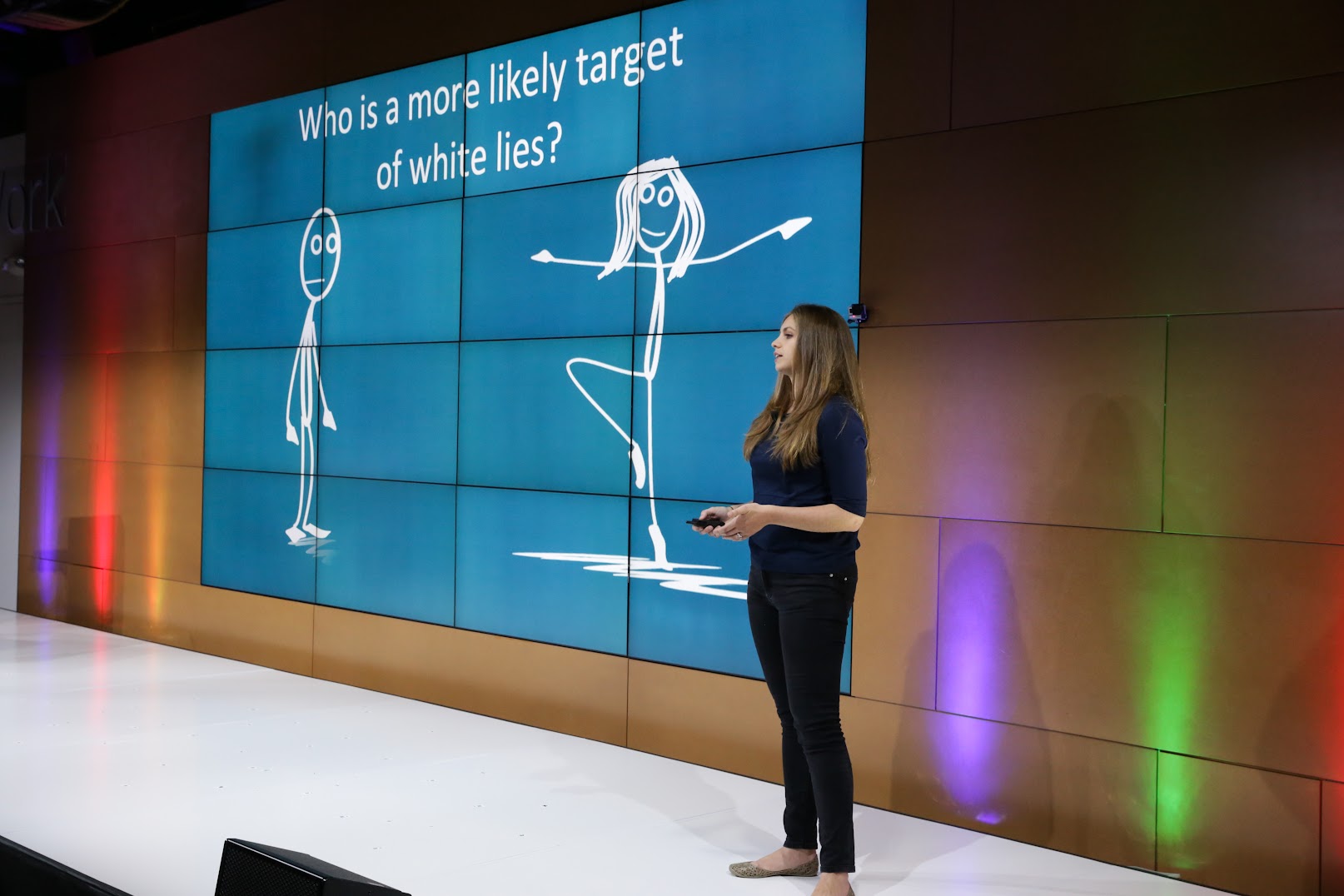 Would you rather give harsh, truthful criticism or provide nicer, less accurate feedback? It turns out it may depend on how we perceive the recipient, and we wind up sugarcoating feedback for women more often than for men.

Dr. Lily Jampol, a lecturer at Queen Mary University of London School of Business and Management, spoke at the re:Work 2014 event about her research on how we temper feedback, often because we want to be nice to the person receiving the feedback. But this is often unproductive. “I'm going to upset you by telling you about how sometimes being nice can have unintended and ironic consequences for the workplace,” Jampol said.

Research has shown that supervisors will often delay, distort, or simply not give feedback to avoid delivering bad news. It’s in our nature to not want to hurt others, especially those we perceive to be fragile. “Women have stereotypically been seen to be less competent than men but also more emotionally unstable and vulnerable,” Jampol said. “And these beliefs, despite being often subconscious or implicit, can lead to protective or sometimes even patronizing attitudes and behaviors towards women.”

Jampol wondered if this meant that women were receiving more distorted feedback than men. So she set up an experiment to measure how much people distort their feedback, depending on whether the feedback recipient is male or female. In her study, she had “student” essays (which were actually computer-generated) and asked human participants to evaluate and rate the essays. Then, participants were told one essay was from “Sarah” and the other “Andrew” and that they would next be giving feedback and a rating directly to the students.

Jampol measured the difference between the rating the evaluators initially gave and the ratings they provided back to the students to see how much they were biasing their feedback. Jampol found that when evaluators thought they were giving feedback to Sarah, they bumped up her rating 15%, but when giving Andrew feedback, they didn’t significantly change ratings. This effect held whether the reviewer was male or female, and reviewers did not recognize that they were softening their feedback for Sarah.

This is a problem as most employees say they want honest, truthful feedback. Jampol offered a few suggestions to combat these biases: