Nudge employees to save more for retirement 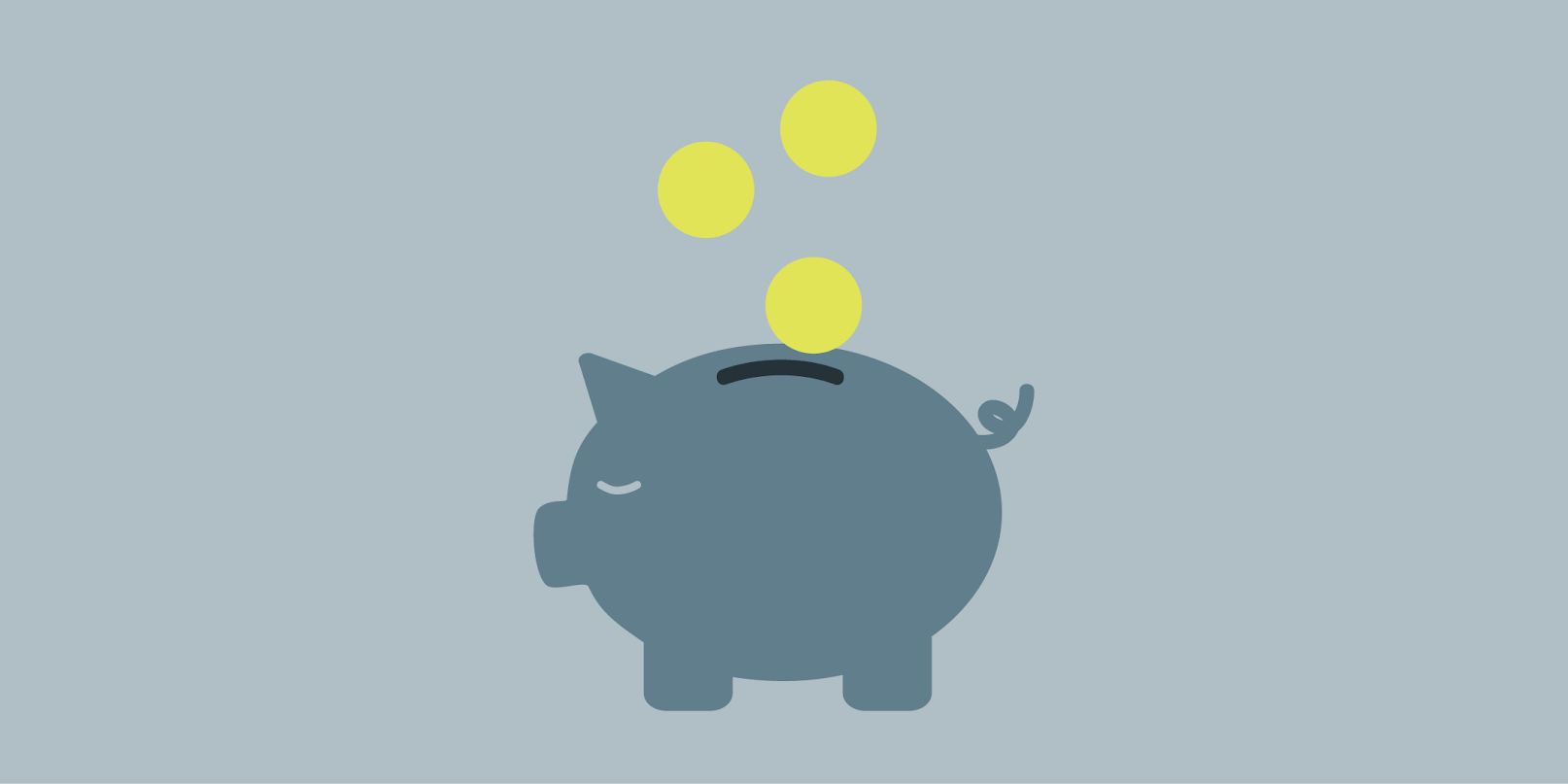 Google partnered with a team of researchers to see if nudging employees to save more to their 401(k)s by “anchoring” them to a higher savings goal could work. It did.

Imagine someone asked you how many stories tall the Leaning Tower of Pisa is. Before you’re able to give your response, they mention that Eiffel Tower is 81 stories tall. Without looking up the answer, what would be your best guess?

We’re all susceptible to the cognitive bias known as anchoring, a tendency to unconsciously over rely on the first piece of information we see when making a judgement. Compare your guess above to the correct answer: the Leaning Tower of Pisa is eight stories tall. Did your estimate fall high or low?

When people don’t have the time or information they need to make a sound decision, they tend to be influenced by whatever information is in front of them and make an educated guess by adjusting away from that “anchor.” As a result, people end up with answers that are closer to the anchor than they would have been if no anchor existed at all. This phenomenon was first labeled by Daniel Kahneman and Amos Tversky in 1974 and has been demonstrated in numerous studies like this well-known example showing how arbitrary anchors can still influence us.

A few years ago at Google, we noticed that some of our U.S. employees weren’t taking full advantage of our 401(k) matching program. Together with a group of researchers, James Choi, Cade Massey, and Emily Haisley, we designed a field experiment to see if anchoring through simple language changes in an email could help employees save more for retirement.

In this experiment, our researchers tested anchors with high and low cues. A control group received a basic email with a reminder of employer matching contributions and of how much the employees had already put away in their 401(k) savings plan. The first experiment group was given a low cue as an anchor and received the same email with one extra sentence: “For example, you could increase your contribution rate by 1% of your income and get more of the match money for which you’re eligible.” Other groups received emails with higher cues (3%, 10% or 20%) while still others were informed of the maximum possible employee contribution rate (at the time, 60%). 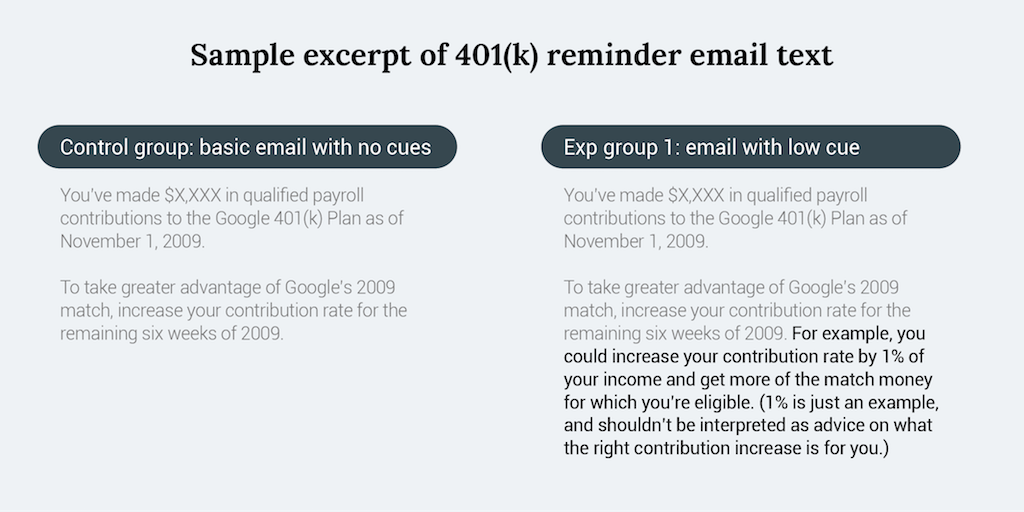 The value of behavioral economics seems obvious when a few simple words can change outcomes so dramatically. Anchors and cues can create positive behavior in an efficient and cost-effective way, but at the same time, organizations need to be aware of the risks — intentionally or unintentionally, organizations can nudge people toward bad decisions with words and process design. Be aware of where these cues may be at play in your organization and nudge responsibly.