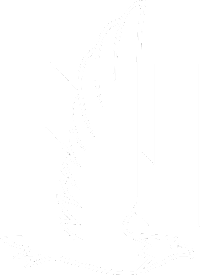 In early 2012, Nationwide Brokerage Solutions (NBS), a part of Columbus, Ohio-based Nationwide Insurance, was facing business and cultural stagnation. Sales were flatlining and employee engagement was falling. That year NBS scored a 3.71 on the Gallup Q12 index, a simple 12-question engagement survey for associates, and faced an attrition rate of approximately 12%. Things needed to change.

New leadership was brought in to help revitalize the culture and jump start the business. “We knew if we were to experience exceptional results, we needed to start with an exceptional culture,” said J.J. Bowman, Vice President of Business Development. Gary Baker, President, explained, “We started with a simple goal of creating a happy, high-performing atmosphere where people looked forward to breaking new records with their team each day.”

To achieve that goal, the leadership reached out to the Nationwide Academy, Nationwide’s in-house employee development group, whose leadership had been working with Shawn Achor and his Orange Frog training program. Achor is a “happiness expert” who uses research on individual happiness to help organizations create cultures that allow employees to choose to be happy. The training program teaches participants to take ownership of their own happiness and develop habits to sustain happiness. Achor’s research has shown that even simple positivity habits, like regularly expressing gratitude via email, can have lasting effects boosting optimism, creativity, and productivity. And other research shows that positivity is beneficial to individual and business performance (learn more from Achor’s re:Work blog post).

NBS piloted happiness training initially with 40 of their associates, allowing them to test the program before deciding whether they wanted to pursue it more broadly. The leadership was skeptical at first. But quickly they saw tangible results in daily performance and production as well as changes in how trained associates treated peers and a greater demonstration of ownership. Shortly into the pilot, all associates were enrolled in the workshop to get everyone involved in reshaping the organization’s culture.

By getting everyone in the training, they were able to get all the associates on the same page and speaking the same language with respect to positivity and performance. From there the real work began. Everyone became an owner of the cultural transformation by integrating small, positive changes into common work routines in an effort to foster happy experiences for employees and customers.

To capture and share the “small positive changes” that employees were coming up with, NBS created the “Happiness Playbook,” modeled on playbooks used by coaches in sports. It contained more than 60 positivity and engagement tactics, or “plays,” that employees could use every day. Examples included committing to send three positive emails each morning, going out of your way to show appreciation for a teammate, or committing to eating lunch with different people.

Teams would regularly call “huddle” meetings to openly discuss how the “plays” called previously were going, which should be retired, and what new plays should be called this week. Voting democratically, new plays were called, old plays cycled out, and new ideas pitched to the group. Progress was tracked on a public “huddle board.” Team members would also share their mental and emotional states on “The Mood Barometer” which was put into place to help associates improve their social connections. The tool created a daily routine that facilitated conversation and alerted the team of potential issues that could disrupt their momentum. The huddles closed with a discussion around the sales results from the previous week, sharing successes and highlighting where members might need help catching up.

Cultural impact was measured with monthly pulse surveys. Starting with just ten questions, the surveys asked employees to assess progress with items like “I can see the value in the changes being made across the organization and believe this is improving our service to our agents” and “My direct leader supports our organizational culture of happiness and engagement.” Pulse survey scores rose from an average score of 5.6 to an average score of 9.2 across all categories on a 10 point scale. The survey has grown to 14 questions (at the request of employees) and is still administered regularly and used as a measure of the organizational culture. 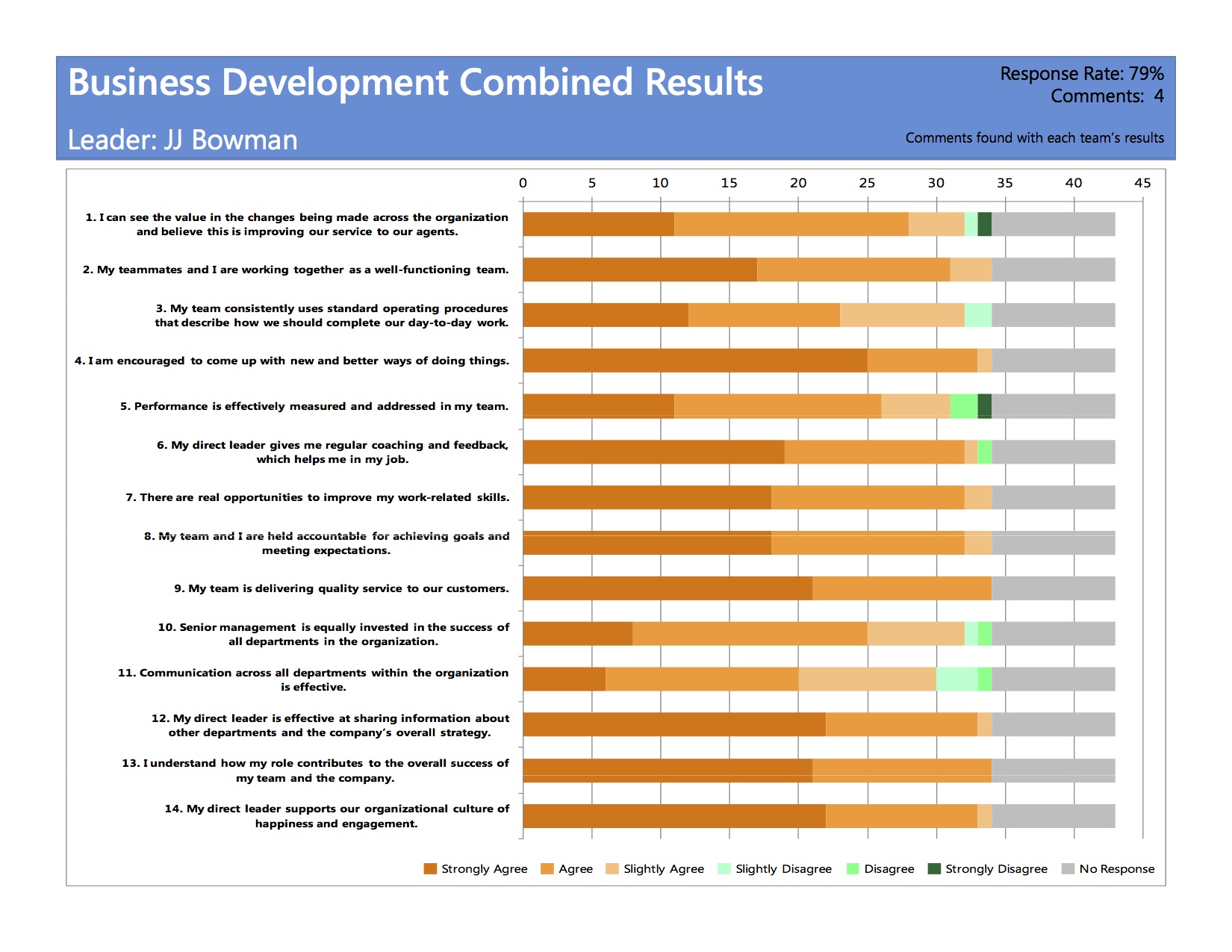 The most dramatic actions, though, came from employees taking their happiness into their own hands, often literally. There were Office Space-esque episodes of cubicle walls coming down, decorations going up, and everyone (including leaders) being held accountable publicly to support a working environment where it is recognized that what you think and what you do matter and impact those around you. These became “legends” in the office and were honored and commemorated in a “cultural museum” where employees were recognized for taking ownership and driving the culture forward.

Nationwide’s positivity efforts resulted in increased employee engagement. Gallup Q12 index scores rose to 4.23 in 2013, a statistically significant increase from their 3.71 score in 2012. Employees reported a 14% increase on the item “This last year, I have had opportunities to learn and grow” and a 12% increase on “There is someone at work who encourages my development.” They also saw significant increases on metrics related to subjective happiness and satisfaction with life; even better, attrition fell to 3% from 12%.

Meanwhile, the business performance took off and while they can’t claim a causal relationship, sales across this same time period rose 50% to $948 million, with little change to headcount. Performance and production increases continued to climb in 2014 as their sales teams quoted 10,300 more policies than the previous year and made 6,500 more sales with the same number of sales associates, a 36% increase from the previous year.

Positivity training has now been formally integrated into the two-week new hire onboarding process. And the NBS team is taking their work to the rest of Nationwide and have trained another 6,000 employees across the organization on the power of positivity in the workplace.